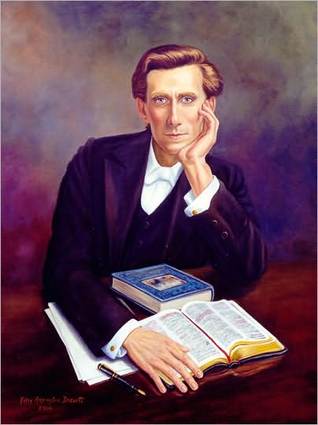 When a man born from above begins his new life, he meets God at every turn, hears Him in every sound, sleeps at His feet, and wakes to find Him there. He is a new creature in a new creation, and tribulation but develops that mans power of knowing God, till, on some transfiguration morning he finds himself entirely sanctified by God, and from the unspeakable bliss God loosens him from Heaven, a pilgrim of eternity to work a work for Him among men. Out he goes, a man that any may take advantage of, but none dare. His childlike simplicity excites the ridicule of men, but a wall of fire encircles him.

His ignorance of the way he takes makes the cunning of the age laugh at the ease with which they can utilize him for their own ends, but lo! they are caught in their own snare, and their wisdom turned to sorrow and foolishness. Such a man becomes a spectacle to the world, to angels, and to men.

Nothing can daunt him, nothing can affright him, nothing can deflect him. He may be tried by cruel mockings and scourgings, by bonds and imprisonments, he may be stoned or sawn asunder, tempted or slain with the sword, he may wander about in sheepskins and goatskins, he may be destitute, afflicted, tormented, he may home in deserts and on mountains or in dens and caves, but ever, by some mysterious mystic touch, we know the world is not worthy of him.

All Heaven, all earth, all Hell, are persuaded that neither death, nor life, nor angels, nor principalities, nor powers, nor things present, nor things to come, nor height, nor depth, nor any other creation, shall be able to separate him from the love of God which is in Jesus Christ the Lord.

Comments
Comments for "The Discipline of Divine Guidance":