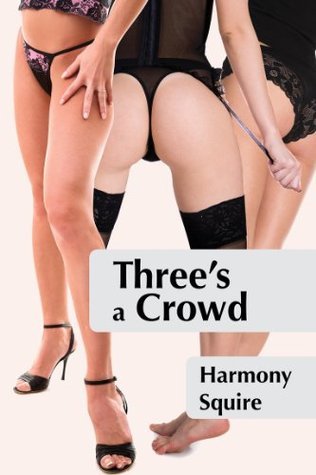 It was a situation that had no obvious solution. There we were, three grown women, once so close, all glaring at each other across the room. My husband had left in disgust, minutes earlier.‘You have to sort it out between you,’ was James’ parting shot as he departed, grim faced. ‘I’ve said what I think but just remember, you three have been friends for a long time.

I won’t put up with any more of this crap.’ He turned to me. ‘Sort this out Kate, once and for all, then we can make a start on the rest of our marriage!’ The door closed behind them and Penny, Kim and I sat in silence for what seemed like forever. Eventually, Penny sighed and stood up.‘Let’s talk,’ she said simply.Six months ago, Penny and Kimberley were my two closest friends. Unfortunately, they hated each other. It was hardly surprising, as they were ex-mother and daughter-in-law, Kimberley having spent three years married to Penny’s only son, Dave.

Penny had Dave at the age of sixteen after a drunken fuck in the back seat of her father’s best friend’s car, and maybe it was because they had tried so hard to take him away then that she fought so hard for him now. He was the love of her life and no other man had really matched up to him.

She nurtured, pampered and cosseted him from birth to adulthood. When tall, blonde and impossibly skinny Kimberley came along to usurp Penny, there had been mutual animosity but when Kim came back from a summer holiday sporting a diamond ring on her left hand, Penny had had to welcome her into the family. It was done with gritted teeth.I had met Dave before I met Kim—he sold me my first house. At the time I was (and still am), married to James. We all got on well at that first meeting. James suspected that I fancied Dave, which of course, I did, but I denied it vehemently.

Dave was one of that rare breed of men who made every woman feel special, a trait that predictably became his greatest failing. Soon, he introduced us to Kimberley and to everyone’s surprise, including my own, Kim and I became best friends. James often referred to us as negatives: I am short, dark and educated to degree standard. Kim’s formal qualifications stopped with a qualification in English at the age of sixteen when she left school to pursue her further education in advanced husbandry.

She met Dave in Greece two years later and having weighed up the financial potential of a real estate agent, she set the wheels in motion. It would be fair to say that Dave didn’t stand a chance, not that he actively fought the ensnaring process. He seemed content with being swept through protocol—meeting the parents, moving in together, saving for a deposit, then the wedding plans.

Kim had her life planned out since she was six and come hell or high water, she would not be done out of what she wanted. And what a wedding it was! James was best man and had I not been eight months pregnant, I would have secured top slot as matron of honour.

It was a day to remember, not least the groom snorting tequila from the bottom of a glass at three a.m., with his mother commenting as she passed by drunk, ‘that should clear your sinuses, dear!’ It was in stark contrast to our wedding a year or two earlier. That was a small affair, befitting the groom’s status as a divorced and lapsed Catholic. I had met James in London.

Comments
Comments for "Threes a Crowd":