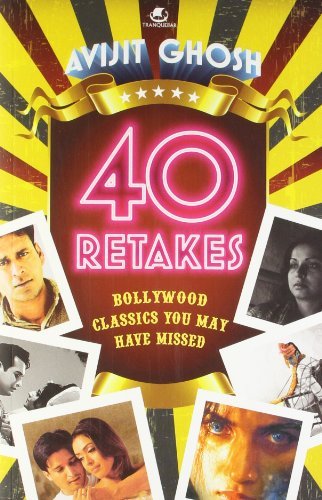 Of the Amol Palekar-directed Thoda Sa Roomani Ho Jayen (1990), a rare true-blue musical with Nana Patekar at his best? Of Sehar (2005), one of the most underfeted gangster movies by Bollywood? Of Antardwand (2010), a movie on shotgun weddings that gobsmacks you with its authentic portrayal of mofussil Bihar? National Award-winning film writer Avijit Ghosh takes a second look at 40 such compelling Hindi movies that have been largely forgotten. Speaking with the directors, producers, cinematographers, music directors and actors behind these, he explores how and why they have fallen through the cracks of our memory.

Insightful, racy and loaded with interesting anecdotes-did you know Simi Garewal was dating cricketer Mansur Ali Khan Pataudi during the making of Teen Devian? And that Amitabh Bachchans Majboor has shots directly inserted from (not inspired by) Charles Bronsons film, Cold Sweat? This book is as much for Hindi movie fans as it is for serious About the Author: Avijit Ghosh Avijit Ghosh was born in Agartala, capital of the tiny north-eastern state of Tripura and grew up loitering in the small towns of Bihar and Jharkhand: Dumka, Giridih, Arrah and Ranchi.

Spending most of his college hours in cinema halls, he graduated in history from St Xaviers College, Ranchi and filched countless cups of canteen tea from friends on his way to earning MA and M Phil degrees in modern history from Jawaharlal Nehru University. A journalist and a husband for the past 20 years, he has worked with Press Trust of India, The Pioneer (the best days of his life, some months he even worked for half pay), The Telegra